Chatbots The future of customer service?

Artificial intelligence is already part of our lives and we have hardly noticed. Little by little, a gap begins between us executing actions that a person previously developed. 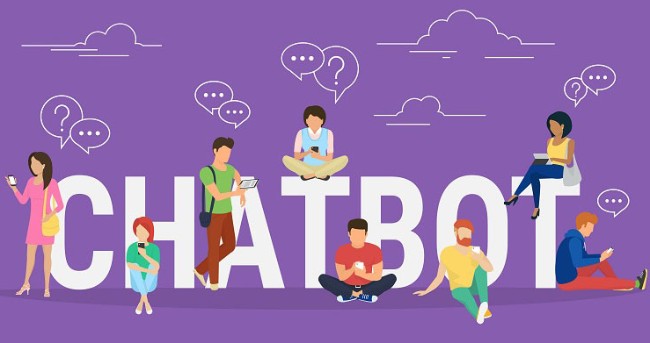 The bots are a clear example of this. For all those who do not yet know, a bot is a software designed to simulate human behavior. Chatbots are an evolution of these and are able to imitate a conversation with a person, having become the latest in instant messaging platforms.

One of the most talked about examples has been Tay from Microsoft, a bot with AI with the appearance of a woman thought for millennials. In less than 24 hours it was deactivated because netizens accused her of being racist and xenophobic. What was your problem? Tay did not receive the correct training. Siri, Cortana or Echo are other examples of bots, in this case, with a good performance, although their success is still relative because they have much to evolve.

The most competitive evolutionary advantages of a chatbot are based on the limitations of humans. They do not need to sleep, eat, have no holidays, can work 24 hours a day and speak dozens of languages, as well as interact with hundreds of thousands of humans simultaneously. Their response speed is faster (they do not need to write their answers on a keyboard) and they are immune to feelings, so they will never be angry or sad if we offend them. This conditions favorably human interaction, makes the user focus on describing and synthesizing their problem, regardless of the emotional response, since it preconceives the machine into an artificial being.

There are several applications that are already resorting to the use of chatbots. This is the case of customer service

However, artificial intelligence is limited today. There is still a long way to go. The machine is still very unintelligent, since it does only what we have programmed it to do. The algorithms of self-learning and neural networks are still to be explored and to obtain good results. We must bear in mind that not even the human being knows in depth the functioning of his brain, therefore, we can hardly replicate this in an artificial model. In millions of years of evolution we have tried to define what love is, and we have not yet agreed, so we can hardly program or explain it to an artificial system in which something not very specific, such as feelings, morals or ethics.

There are several applications that are already resorting to the use of chatbots. This is the case of customer service. According to the latest developments, we can say that the call center agents will disappear before 2020 as their tasks are capable of being automated by machines 100% today. This will give rise to the birth of a new and huge industry based on artificial intelligence and that will probably give the same or even more higher-value jobs. The companies that provide this type of services will need employees with higher qualifications in fields such as engineering, software, hardware or linguistics and that will take the place of traditional call center agents. Another application will be automatic and instantaneous translation, since they will allow interacting with people anywhere in the world without knowing their language, that is, the universal translator that we see in some science fiction films will be a reality.

The applications of chatbots will be as diverse as human imagination. Recall movies like 2001 and HAL, Star Trek, Terminator, Her, Yo Robot or RoboCop; butlers, police, home automation, vehicle crew, including defense systems. Everything that one day we thought impossible, could stop being one in a margin of time much lower than we can imagine.